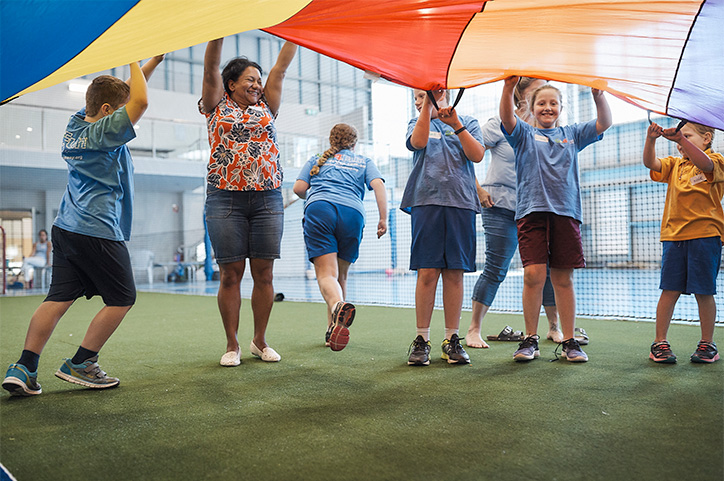 Hear from our families

Lots of families have made lifestyle changes thanks to Go4Fun.
Here are some of their stories.

What is your favourite part of Go4Fun? My favourite parts has been just learning everything about nutrition and friendships that we’ve made along the way and seeing her more happier. We love Go4Fun

What is your favourite part of Go4Fun? The games because I get to play games like dodgeball ball-rush that is fun and make me really active without even knowing it I think that it’s a great program you can just grow lots of healthy habits and you could become a healthier and happier family

What do you like about Go4Fun? The fact it’s a free program allows anyone to be able to participate, which makes it a good way for everyone to be able to come and learn. The information we’ve given them enables them to make good choices so for the family and for the kids as well. A lot of the children actually when the program finishes, they don’t want it to end they love being a part of it every week. They like building friendships. Creating that safe environment where they feel like they belong somewhere

Some other testimonials about Go4Fun

I was looking for a program to help my son Nathaniel with nutrition because it’s one thing as a parent to try and tell him but you know with children, they just think it’s a mum thing. Whereas you take them outside of the home they seem to be more open to receive the information.

It is a really great program; it has helped us. Not just Nathaniel, but myself and my daughter as well. So it does have a rippling effect on the family.

We were bit concerned with Makenzie because she was so active, yet she seemed to just be eating the wrong foods. And she really didn’t know what foods to eat. So it’s been really helpful because we’ve learnt and she’s learnt what kind of foods she should eat. Watching her learn and actually actioning it. So we will be at the supermarket and finding healthier alternatives. It affects their attitudes as well. Do it. Do it.

I am a Nutrition Leader for Go4Fun, and also an accredited practicing dietitian. I think it’s a great program because it involves families.  It also ties in with exercise, so we’ve got the nutrition competent and the exercise component.  Also it’s a great bonding time for families to have with their kids. So it’s not just physical activities but it’s also about having fun.

Join the program. It’s a great initiative, it’s free,  it’s offered by the government, it doesn’t take too much of their time and they learn so much information –  not just behavioural changes but also that exercise and learning to be healthy can be quite fun.

My wife, she told me that she found this program online. [Now] Jess has picked up on eating her vegetables, which is great. And it’s a massive change to what we normally do. She exercises more; we spend more time with them. So we have to be with them more often and try to talk to them more. She loves coming. She loves to know about it, to keep on learning and ask her questions. So that’ the start we were looking for.

Some of the changes I’ve observed with Go4fun families is that they’re empowered to make informed decisions about their health. It’s really good to see they’re getting actively involved in making good choices for their lifestyle.

The fact it’s a free program allows anyone to be able participate. I really enjoy the fact that we have accountabilities so they are able to take what they’ve learnt from the sessions and then put into their goals each week. So they are then able to take responsibility of their own actions.