Mother Tracey and daughter Matilda, who participated in Go4Fun in Term 4 2013 in Coffs Harbour. Tracey says “healthier choices aren’t just for kids, we make green smoothies, have plenty of fish and often add oats to our muffins. Matilda has a skipping rope and skips out in the back of the café I run for her exercise while I’m working”.

Matilda also stood for school captain in her school and according to Tracey, “I have no doubt that without Go4Fun she wouldn’t have run for captain and wouldn’t be making healthier choices”.

Sue and Chloe from Port Macquarie

Local Hastings parent Sue said “I read about Go4Fun in the schools newsletter and decided I would just find out a little bit more about it. I never in a million years thought it would change our lives forever.”

“The Go4Fun leaders encouraged my daughter Chloe to do well and praised her for her weekly efforts. We made friends there and it was fun to go to the program. At the beginning I thought twice a week would be hard to commit to, but by the end we were devastated that it was over”, said Sue.

“I think by far the reason that Chloe did so well in Go4Fun was she was being taught from a source other than me. She was given knowledge and she began to make choices to be healthier. This is a lesson that I believe will last both of us throughout our lives. The leaders made it fun to learn about good nutrition and regular physical activity and we all enjoyed doing active games together, even the parents.”

“Go4Fun will be something I will remember forever, and Chloe will too. I cannot recommend the program highly enough to any parent thinking of joining. Give it a try it could change your lives.” 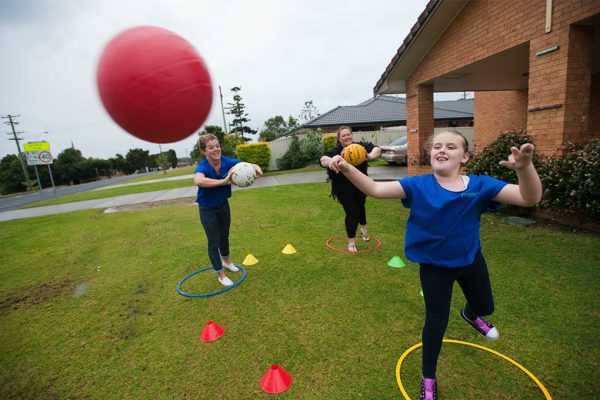